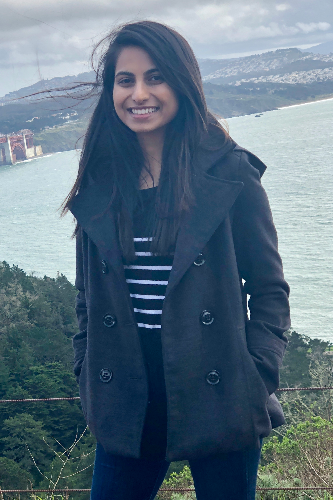 When Deepika Mehta, Co-Director of the Givology Chicago chapter, was asked about her motivation to stay involved in philanthropic efforts to make education accessible, she recalled Nelson Mandela's quote: "Education is the most powerful weapon you can use to change the world."

Ten years ago, Mehta visited her grandfather in India where he showed her around his hometown in rural Rajasthan. During the peregrination, Mehta discerned the obstacles that many children were facing before their path to education. “He showed me the challenges kids faced within the schools there, such as lack of equipment, books, or even bathrooms,” she said.

To alleviate these hurdles of such children, Mehta’s grandfather had been conducting humanitarian work, which inspired Mehta to do the same. “All kids should have access to a proper education, and it is extremely important for me to contribute what I can to make sure that is the case,” she said.

Mehta began school at the age of three in India. At the age of six, her family moved to Iowa where she grew up and attended college at University of Iowa. Currently, Mehta is an Investment Analyst at CNA Insurance in Chicago, and a Chartered Financial Analyst

As the Co-Director of Givology Chicago’s chapter, Mehta’s responsibilities include empowering board members to organize fundraising events to sponsor scholarships for women in rural Indian communities. She has been serving on the board for the past two years.

Mehta recounted her first interaction with Givology. “I found out about Givology Chicago through attending one of their fundraising events, a Doonya workout class two years ago,” she said. The conviction of the board members to the cause that she glimpsed on her first sight captured her. After researching more about Givology and its mission, Mehta decided to take part in the team. “It was an opportunity to work with a group of dedicated, intelligent, and driven young professionals to help women in rural India overcome financial barriers and achieve their educational dreams,” she said.

Through Givology, Mehta experiences fulfillment through causing tangible differences to the lives of Givology Chicago’s scholars. Additionally, she has been able to expand her personal and professional network. She added: “Learning about the nonprofit industry has been very interesting and incredibly rewarding.”