Givology works to make education accessible to children around the world. To learn more about the issue, numerous novels have been written outlining people’s personal journeys in creating change for education. Below are our top ten picks!

[b]1. I Am Malala: The Story of the Girl Who Stood Up for Education and was Shot by the Taliban [/b]
[font=OpenSansRegular, arial, sans-serif,font-size:18px][img]/images/user/1842_5896970627259717922.png[/img][/font]
The author, Malala Yousafzai, won the Nobel Peace Prize in 2014 for her activism in fighting for education and her work against the oppression of children. Yousafzai writes about her life living in Pakistan before and after the Taliban’s control. She illustrates her experiences in speaking up for the right of education and as a result being shot while riding home after school on the bus as well as her recovery. The novel has received numerous awards for best non-fiction book and political book.

[b]2. Half the Sky: Turning Oppression into Opportunity for Women Worldwide [/b]
[font=OpenSansRegular, arial, sans-serif][img]/images/user/1842_13314131717570765244.png[/img][/font]
Half the Sky, by Nicholas Kristof and Sheryl WuDunn, portrays many issues surrounding women in developing countries such as education, prostitution, maternal mortality, and their potential solutions. The authors’ journey through countries in Africa and Asia, detailing the individual lives of the women living in there. The inspirational stories present the necessity of educating women and bringing them into the workforce.

[b]3. Leaving Microsoft to Change the World: An Entrepreneur's Odyssey to Educate the World's Children [/b]
[font=OpenSansRegular, arial, sans-serif][img]/images/user/1842_6746014099840749378.png[/img][/font]
When John Wood went to Nepal, he noticed the lack of books at the schools. He went back to the Nepali schools and brought with him thousands of books to distribute to the children in impoverished schools. Wood demonstrates his use of knowledge from working at Microsoft to build his non-profit Room to Read. 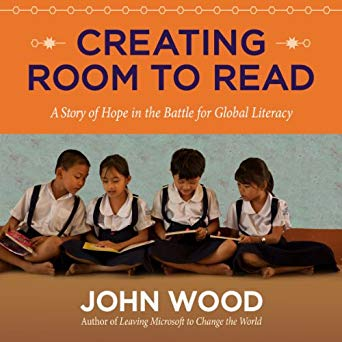 [/font]
By the same author of Leaving Microsoft to Change the World, Creating Room to Read follows up on John Wood’s work in Nepal and his journey in building his non-profit Room to Read. Woods presents the challenges he and his non-profit overcame to grow and impact more children. In addition, he brings the stories of the children the organization has helped to life.

[b]5. The Beautiful Tree: A Personal Journey Into How the World's Poorest People are Educating Themselves
[/b] 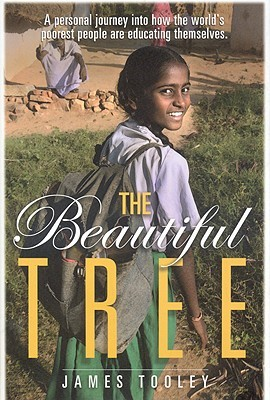 [/font]
While working for the World Bank in India, James Tooley stumbled upon the slums of Hyderabad’s Old City and finds underfunded schools being led by parent support. Astonished by the community lead schools, Tooley seeks out into the world searching for more schools like those. He travels from countries in Africa to towns in China as he explores people in poverty-stricken communities fighting to gain an education on their own.

[b]6. The Promise of a Pencil: How an Ordinary Person Can Create Extraordinary Change[/b]
[font=OpenSansRegular, arial, sans-serif][img]/images/user/1842_5933494994567619724.png[/img][/font]
After coming to India, author Adam Braun, found a boy begging on the street. He asked the boy what is something he wanted most in the world and the boy responded: a pencil. From the experience, Braun found it his mission to found his own non-profit called Pencils of Promise. He and his organization worked to build schools all across the world and provide education for all.


[b]7. The Mountain School[/b]
[font=OpenSansRegular, arial, sans-serif][img]/images/user/1842_16869644444360305487.png[/img][/font]
Greg Adler is a Peace Corps teacher living in the country of Lesotho. He arrives into a small village called Tšoeneng and is one of the few foreigners to step foot into the village. While teaching there, Adler is faced with many difficulties of a third world nation such as lack of electricity. However, Adler continues to live in the area and immerses his reader in the lives of the people of the village and of his time as a teacher.

[b]8. Freedom From Want: The Remarkable Success Story of BRAC, the Global Grassroots Organization That’s Winning the Fight Against Poverty [/b]
[font=OpenSansRegular, arial, sans-serif][img]/images/user/1842_13657601339499618780.png[/img][/font]
BRAC is an influential NGO in Bangladesh providing economic aid, education, natural disaster aid, and public health benefits. The prominent NGO helps nearly 130 million people in Bangladesh. But BRAC wasn’t always as large as it is now. Ian Smillie outlines how BRAC grew from a small relief operation to changing the lives of millions. He presents how the organization grew into hope for many in Bangladesh.

[b]9. Behind the Beautiful Forevers: Life, Death, and Hope in a Mumbai Undercity
[/b][font=OpenSansRegular, arial, sans-serif][img]/images/user/1842_4178695325914356434.png[/img][/font]
Katherine Boo entered one of India’s slums called Annawadi which is located in the unusable land originally meant for the Mumbai Airport. Boo documents the lives of some of the people living in the slum. One of whom is Manju, a girl trying to become the first woman to graduate from college in Annawadi. Boo brings her readers into the lives of the people in the slum and takes them on a journey of tears and laughs. The novel has been awarded with the National Book Award and the Los Angeles Times Book Prize.

[b]10. A Thousand Sisters: My Journey Into the Worst Place on Earth to Be a Woman[/b]
[font=OpenSansRegular, arial, sans-serif][img]/images/user/1842_2373425161227641302.png[/img][/font]
Lisa Shannon leaves her life and business to meet the women in Congo where she found many women and children being killed. This incidence lead Shannon to organizing an organization called Run for Congo Women to improve the lives of the women and provide more education for them. The novel outlines her time in Congo and the stories of the women there and the information Shannon learned with these women.